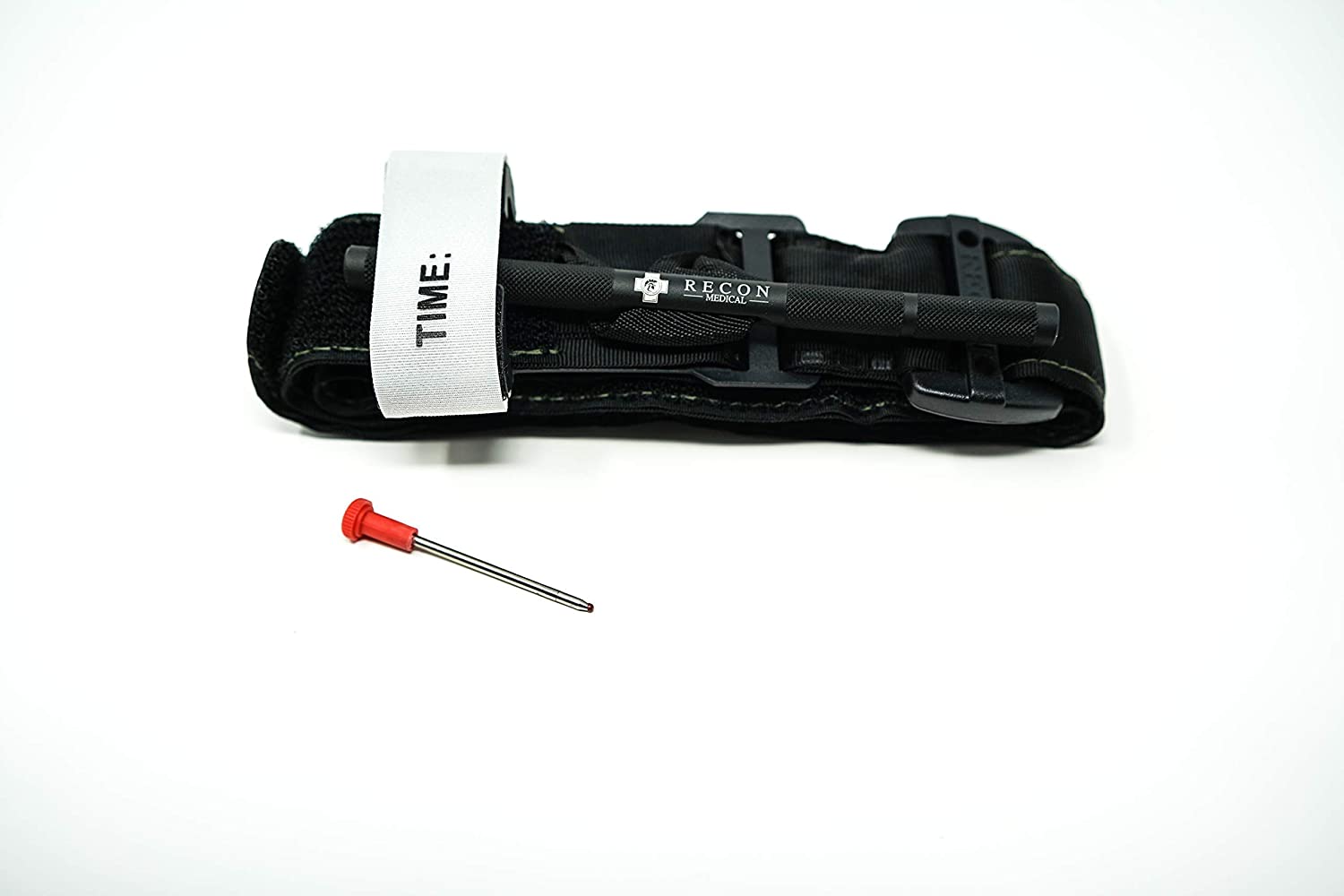 If you know me, then you know I’m always strapped, which consequently means I always have a tourniquet on my person as well. For years I carried NAR CATs pretty much exclusively, simply for the fact that it was the go to TQ in the military, which means I “borrowed” a few. TQs have come a long way since then and there are a ton of manufacturers pushing their own style, unfortunately this also means there are a lot of fake or “airsoft” tourniquets out there as well. Today I wanted to look at a new kid on the block, the Recon Medical Gen 4 Tourniquet and the legal battle behind it.

I came across these when a subscriber to my YouTube channel sent me an email about them and I ordered a few to try out. I ended up with 2 Gen 3s and 2 Gen 4s to try out and see if they were worth a shit or not. The gen 3s were pretty good, but the gen 4s are what sold me. Let me tell you why.

The Gen 4 addressed 2 of the main issues I had with most tourniquets, the buckle and the windlass. The buckle and windlass on most tourniquets are made of polymer or glass filled nylon, with the exception of a few like the Tac Med Solutions SOFTT. The TQs from Recon Medical feature a windlass made from 6061 aluminum as well as aluminum reinforcement in the buckle, and that is huge. Now it is worth noting that the TQs from Recon Medical are NTOA approved, but not COTCCC approved. That can be make or break for some folks, if you’re not aware the NTOA is the National Tactical Officers Association and COTCCC is the Committee on Tactical Combat Casualty Care. COTCCC quite literally wrote the book on combat pre-hospital life support and care and is staffed with doctors, medics, and surgeons. The NTOA is made up of SWAT/SRT operators and medics, who do have field experience and test a lot of equipment.

I myself was a medic in the US Army and I am currently an NAEMT certified TCCC instructor. After I got my hands on the tourniquets from Recon Medical, I tried them on myself, in hands on training and I tried them on circulation mannequins. I was able to achieve 100% occlusion without issue and was able to repeat those results time and time again. The tourniquets Recon Medical produce appear to be high quality, the materials are good, the stitching and manufacturing methods are solid, and the design well thought out. Lets talk about that design for a moment shall we?

The design of the RMT is so close to that of the Composite Resources Inc. Combat Application Tourniquet, that at one point, Recon Medical is actually in a legal battle with CRI. CRI felt so threatened by RM that they actually started a legal battle to try and stop the production of the new tourniquets, and it appears they were somewhat successful. The design had to be slightly changed, but is still 100% effective from what I can tell. One of the actual inventors of the original Combat Application Tourniquets actually commented on the TQs from Recon Medical the quote reads :

Mr. Esposito refers to Mark Esposito, one of the co-inventors of what we commonly know as a Combat Application Tourniquet.

The fact is, from what I can tell, there is still a legal battle between Recon Medical and Composite Resources Inc. (The owner and manufacturer of the CAT) with the last legal update coming out in October of 2020. All the legal paperwork and research can be found on Recon Medical’s website.

Does this affect my opinion on the tourniquet offered by Recon Medical, yes and no. If it really was a low quality, useless product, why would CRI be worried? If it was “dangerous”, why would one of the inventors make a positive comment on it? All I can say at the end of the day is that I can never 100% put my faith in an item made by Man. Sometime shit just breaks, sometimes it doesn’t matter. At the end of the day, my experience with the TQs from Recon has been positive, and I look forward to what they come out with next.