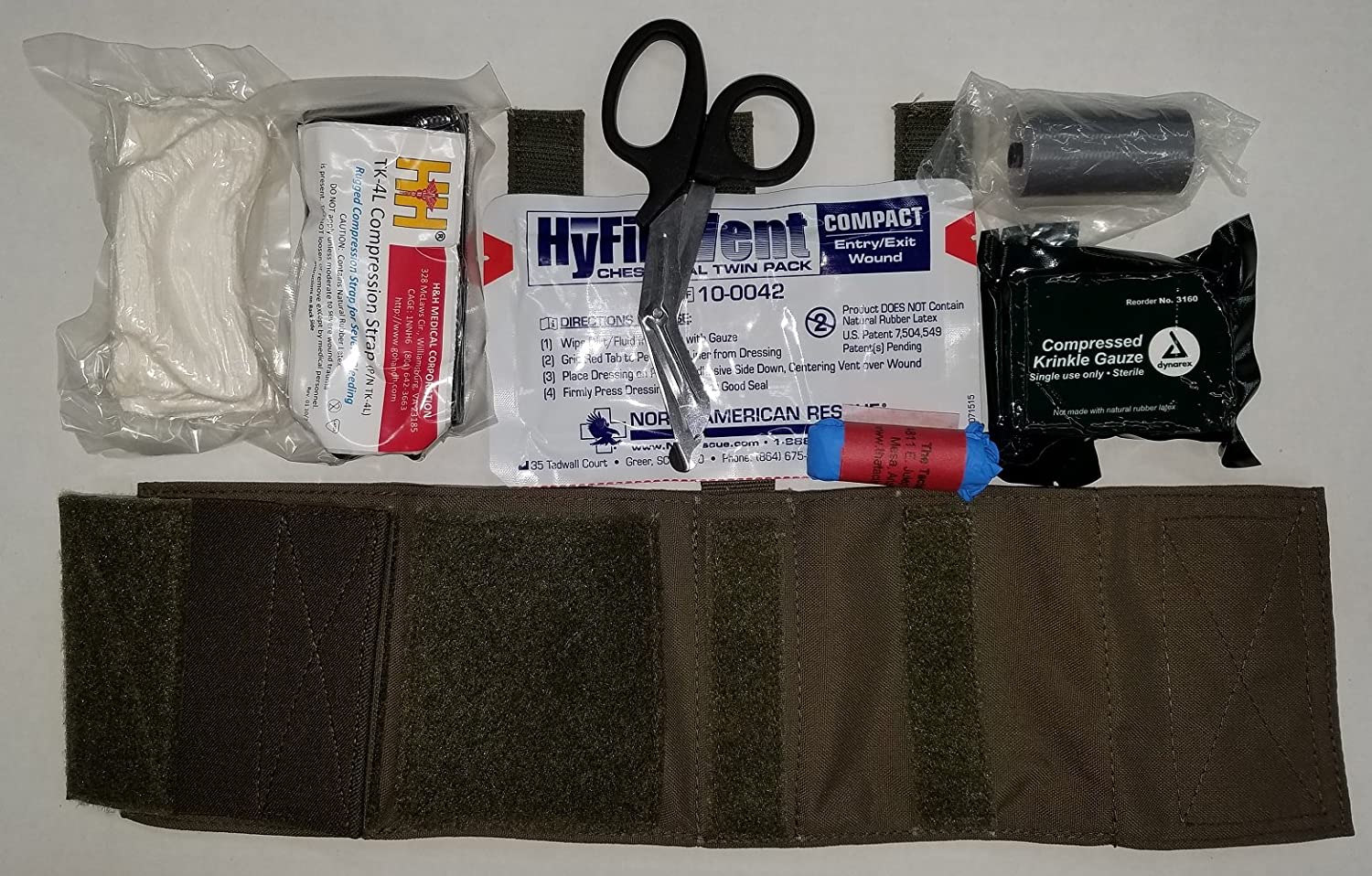 If you’re reading this article, then I’m assuming that you probably carry a firearm, or are at least are preparing for a traumatic incident. For that alone, I say thank you! Not many people accept the reality of the world we live in, let alone put time, resources and effort into preparations for that world. One of those little preparations is what I want to talk about today: An Ankle Medical Kit.

Medical intervention equipment and training is probably some of the most important EDC you’ll have. Something as simple as a tourniquet or properly applied CPR can quite literally be life changing. Now the issue come, how do I carry it? Well on duty it’s fairly simple, I have a TQ on my belt, car door, duty bags and all that, and if I grab an active shooter bag, I have even more in there. Off duty is another animal, I’m generally not wearing a gun belt or have a trunk of equipment (except the normal BOLT bag and gun) and although I could wear an IFAK pouch on my pants belt, I don’t really like being the center of attention in Wal-Mart.

That’s where the AFAK or Ankle First Aid Kit comes in. Mine is set up for trauma and basically holds most of what I need to handle a gun shot wound and other hemorrhage control. The main body that holds it all together is the Ankle Medical Kit (AMK) by Ryker Nylon. It features 3 main pockets for medical and EDC gear as well as a special internal pouch designed to fit chest seals!

Most of my IFAKs in general are set up to follow the MARCH algorithm. MARCH standing for Massive Hemorrhage, Airway, Respirations, Circulation and Hypothermia/Head trauma. First item in the AFAK is a Gen 4 Recon Medical TQ, a lightweight, heavy duty tourniquet. This handles the initial bleeding control on an extremity wound.

Next is Airway, though I don’t normally carry a nasopharyngeal airway in this kit, it would be very easy to add one to the mix. Instead I chose to carry a Chest Dart to perform a needle chest decompression and 2 vented chest seals. This particular ankle med kit has a pouch specifically designed for 2 NAR Hyfin chest seals, I really like that feature!

Circulation is next on the menu, this is typically the stage where you convert the TQ to a pressure bandage and reassess injuries. I carry some Quik Clot and gauze along with a T-Ban Mini from JBC Corp, these are some of the bulkier items.

Next is Hypothermia and Head trauma, this kit doesn’t really address this at all, but it’s not really meant to. It’s meant to be used on the wearer and in conjunction with your other EDC. There are a few other items that were added, trauma shears for one, Kelly Forceps as well. I also threw in $40 cash for emergencies, a pair of nitrile gloves and a small 5g pack of Celox granules.

Overall it serves its purpose well and has been a great addition to my duty gear and everyday carry. It’s nice to have more than just a tourniquet. but also not have to carry a whole bag. If you’re looking for a similar in between option, I recommend you give this kit a look! Plus the pockets in the Ryker Nylon AMK can hold other gear as well! I use a separate one to hold G43 spare mags, ferro rod and a few other items when I go out and about. The options are only limited by your imagination!