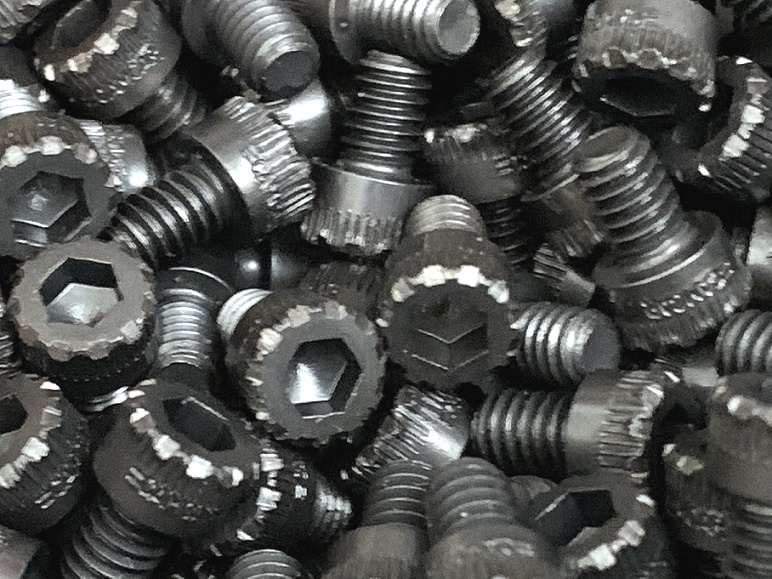 Proper staking is crucial to reliable operation. An improperly staked carrier key can become loose under firing, and can cause a debilitating malfunction that can render a firearm inoperable in the field. The OKCS has sharp, deep, and effective knurling with 12 deeper splines. These OCKS allow for metal to flow into the space when staking, creating more metal on metal contact. These are the same screws used in our bolt carriers.

As explained by Ned himself:

“Many AR15 brands these days come with inferior carrier key screws. Even some bolt carriers that have “OK” staking will still suffer from the screws coming loose because the manufacturer has used Asia-sourced screws with heads featuring knurling that is knurling in name only (shallow, rounded, wimpy “knurling”), which does not come near the top of the screw’s head where the staking will be. Further, the top of the screw head is well rounded and downright shiny. In other words, there is nothing there on the screw head for the staking job to engage in. Result: loose screws just as if they had not been staked at all, and your gun stops working. The OCKS is purpose-made for the AR15 application and features “real” knurling that goes all the way to the top of the head, which is not rounded. Plus, there are twelve splines on the head giving depressions and projections for carrier key metal to stake/flow into and engage like gear teeth– giving the best possible retention of carrier key screws. These are US-made and being recognized by some manufacturers as the new standard.”

JTF proudly uses these American made parts in our Bolt Carrier Groups and carbines. You can find them in our store HERE.